​
​Mario Salvati began his career in 1974. From his first professional studio experience assisting the engineer on the broadcast sound for the NYC Easter Parade to recording sessions with such artists as the The Ramones, Blondie, Richard Hell and The Voidoids, at the legendary Bell Sound Studios on West 54th Street. From these beginnings, Mario’s career remains rich and diverse. Another early highlight was having Sam Feldman, who mastered all the Beatles’ albums for America, gift Mario with a ref dub of his first session as engineer. During Mario's time at Bell Sound, he also had the honor to work with engineers such as Malcolm Addey and Harry Yarmark, among other greats.
In 1975, moving to LaTierra, Fania Records’ in house studio, Mario worked alongside Irv Greenbaum and John Fausty, recording all-time great Salsa artists such as Hector Lavoe, Ruben Blades, Celia Cruz and Willie Colon. Johnny Pacheco, Tito Puente, the Fania All Stars, Larry Harlow, Eddie Palmieri, Mongo Santamaria, Ray Barreto and Wilfrido Vargas also graced Mario's recording experience during this time.
In 1980, impressed by his technical and creative abilities, Mario was lured away by Al Feierstein to work at Sorcerer Sound, Al's newly upgraded to 24-track studio. At Sorcerer, Mario had the opportunity to work in a wider range of musical genres, everything from punk to club, jazz to avant garde, classical to rock. Some highlights of Mario's Sorcerer career include working with Tom Verlaine, The System, Angela Bofill, Arto Lindsay, Robert Quine/Fred Maher, John Zorn, Danny Gatton and Nona Hendryx. In addition to his studio work, Mario also engineered concert sound and live satellite broadcasts.
In 1982, Mario began his freelance career after teaming up with Timmy Regisford and Boyd Jarvis. Together, they turned the club scene upside down. They started a whole new sound with hits from artists like Colonel Abrams, Guy, Bobby Womack, New Edition, and When in Rome. Totally covering the club scene, Mario brought this new sound to other DJ remixers such as Larry Levan, The Latin Rascals, Arthur Baker and Curtis Mantronik.
In 1986, Mario returned to rock n' roll, working with Tom Verlaine/Television, Luna, Elysian Fields, Fountains of Wayne, Brenda Kahn, P-Shy, Map of the World, and Certain General, to name a few.
In addition to his freelance career, Mario decided to share his expertise and experience with a new generation of up and coming engineers and producers. Mario began teaching at The Institute of Audio Research in NYC, where he is also Senior Curriculum Adviser.
In addition to teaching and his freelance career, Mario has fullfilled a life-long dream of designing and building his own recording studio. Barefoot Flamingo Recording, an analog/digital studio in the beautiful Delaware River Valley community of Barryville, NY, debuted in 2010. 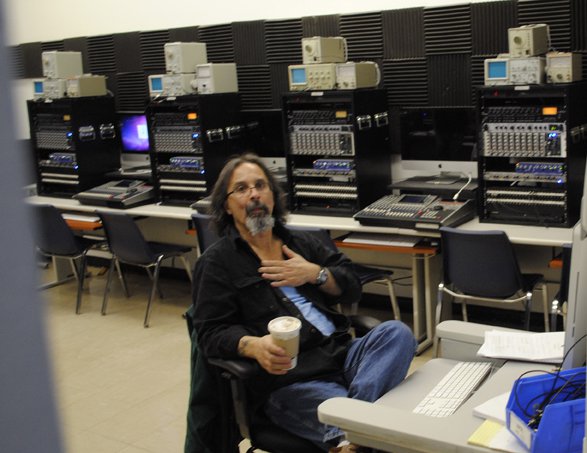 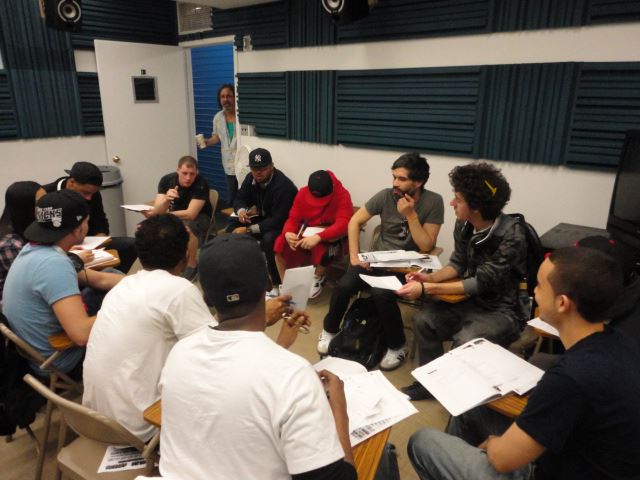 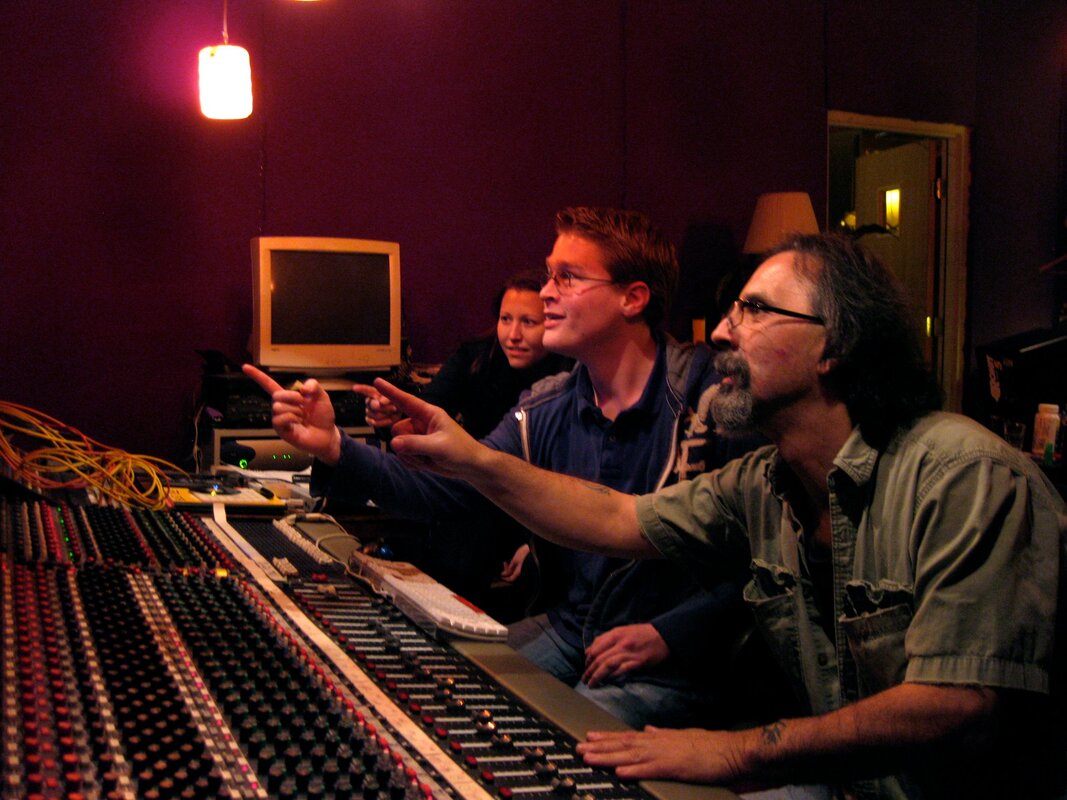 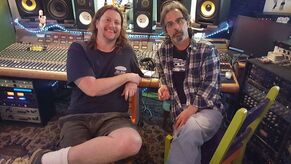 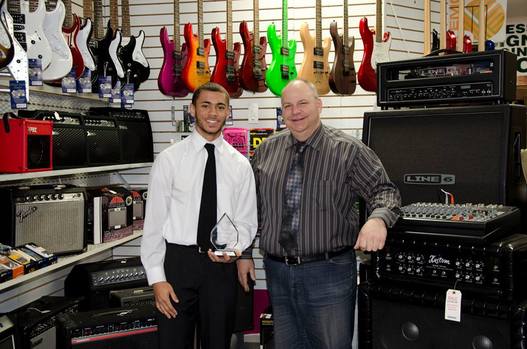 ​Congratulations to Village Music Shoppe Guitar Student Michael Thomas
on winning the Mastro Award, Best at his Craft at the World Strides Competition. Which as played host to over 6 million students in their 50 years—over 350,000 students last year alone! More than 300 colleges and universities partner with them, including most of the top 30 MBA programs. Remember his name, you'll be seeing big things from Michael. He's currently recording and producing music and has worked on Jingles for Folgers Coffee and Longhorn Steak house.
We work closely with the local music directors to offer their preferred instruments and classroom materials.
Rentals with maintenance & repair coverage - select our optional damage protection coverage.

Watch the video for more about Village Music Shoppe
Village Music Shoppe has been Long Island, New York musicians number one choice for quality equipment, rentals and lessons for over 50 years. We are a full service Music store with sales of Guitars, Drums & Percussion, Amplifiers, Band & Orchestra instruments, recording gear, and Sound systems as well as strings, accessories and sheet music.

What do we do?

Have some FUN, take music Lessons

Our virtual online summer music lessons program provide students of all ages a way to keep learning in the safety of your own home. Weekly one-on-one 30 minute lessons are taught through our secure online technology by expert, background checked instructors – provided a fun and educational activity for every level of player. Get the edge to get that first chair, and have fun, sign up today, or give us a call 631-874-8425. 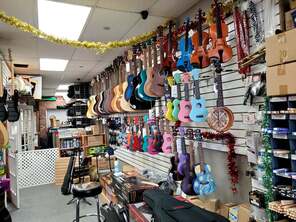 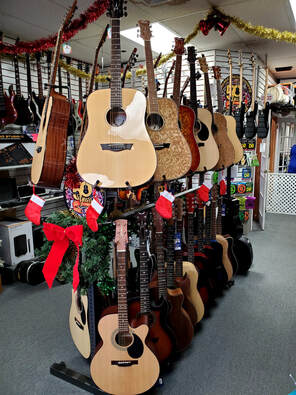 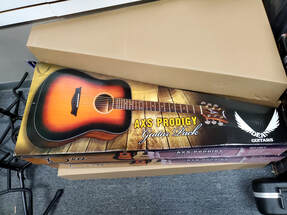 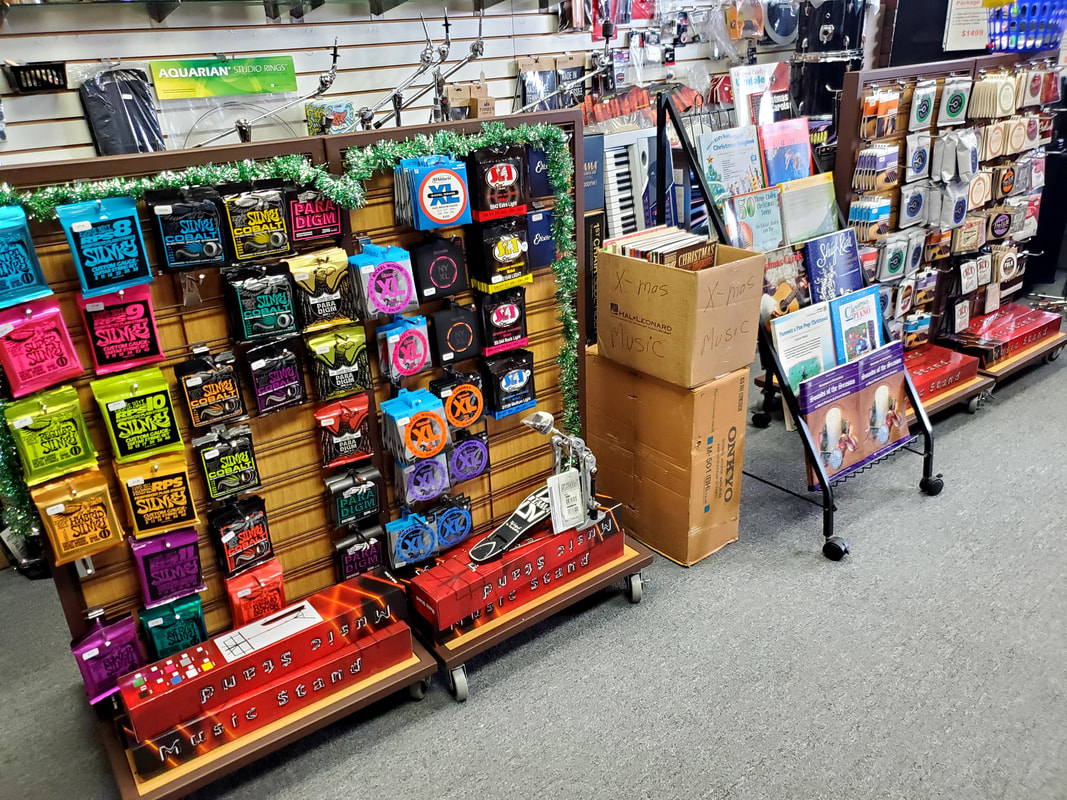 Get your last minute Holiday gifts in stock now

Level 6
Recording Live
Level 5
Video & Audio
Level 4
Microphones
The Student will get to see and use all of the Items and topics cover in this Course.

Level 3
Mixing Consoles Boards
Level 2
Equipment
Level 1
Audio Terminology
Audio Recording Classes
These classes are all hands on. At the end of the classes they will get to record and produce a band that will be their final project and sample of their work.

Over 250,000 lessons taught to date and counting