Robbie Prevete, is a Guitar major at Five Towns College currently in his third year.  He has been fortunate to play in many ensembles to get his chops up. He's well versed in blues, classic rock, R&B, Pop, Gospel, Jazz, funk, Country, and more. He is constantly trying to learn new things and expand his musical horizons.  He is currently involved in a few musical projects. playing guitar in a fusion band called Gyco and bass in a cover band called Handsome Ave. He also plays bass and guitar for Arahmus Brown an up and coming local artist, and does session work when asked. 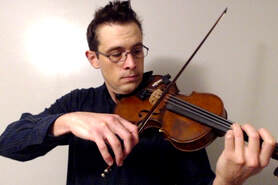 ​Jared Tindall is a classical trained Violinist and a graduate of Florida State University's School of Music, 2008. He holds a B.A. in Music with concentrations in Music Education and Commercial Music. He studied violin under Karen Clarke, and string pedagogy under Dr. Michael Allen.
He currently plays for the Imperial Symphony Orchestra in Lakeland. From 2015-2016, He was the violinist, keyboardist, and backup vocalist in the touring Anthony K Band. While at F.S.U, He  was the violinist for the Los Amigos Mariachi House Band, and the principal violinist for productions of Sweeney Todd and Into the Woods. As well,  playing in the University Philharmonia and University Symphony and in Georgia's Albany Symphony Orchestra. He started his teaching career in 2013 at Educators Music in Cape Coral. He moved back to Lakeland to give private lessons, and now work at the Lakeland School of Music, Guitar Center of Lakeland, CogniTutor in Winter Haven, Back Pocket Recording Studio in Plant City, and Village Music Shoppe in Mastic, New York.
Recording artist Noan Partly featured his work on violin on her 2019 album "Arbitration Based". He has also played violin and piano in the Lakeland band Weather for Strangers.
​
Teaching Style
His style is a practical approach - one specially tailored to the student's own experience and potential. He take students of all ages and all backgrounds, and has worked with adults with physical disabilities and children with special needs. There is no one-size-fits-all method here - each student is unique, and therefore deserves their own curriculum. To supplement my teaching materials, he writes his own etudes and exercises. All students are trained in instrument technique, aural skills, and music theory. 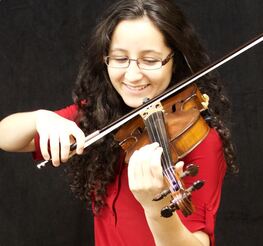 Dixie Ortiz is a violinist and orchestra teacher with a Bachelor's Degree in Music Education from the University of North Carolina Greensboro. She has been teaching violin and viola lessons for over 7 years to students ranging from elementary school, middle, high school, and adult learners. Her students have successfully entered All State, All County, and other district orchestras. Dixie has been playing violin for over 13 years and has played in the UNCG University Symphony, Imperial Symphony Orchestra, and served as concertmaster of the UNCG Sinfonia orchestra. In addition, she has won a concerto competition, placed as a finalist in several music competitions, won university music scholarships, and conducted undergraduate research in music education after winning three separate research grants. She was recently featured on Fox 8 news for her accomplishments with teaching and undergraduate research. She is passionate about teaching music and changing the lives of her students by bringing out the unique talents and work ethic that each of her students possess. Currently, she teaches middle school orchestra and maintains a private studio in Polk County, Florida. ​ 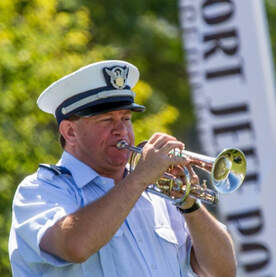 ​Lee Dash is an accomplished music educator and band director. He received his NYS Permanent teaching certificate upon graduation with honors from C.W. Post, and holds many honors including C.W. Post Orchestra Concerto Competition Winner and Commencement Student Marshal. Involvement in many school organizations including Symphonic Band, Brass Choir, Wind Ensemble and Marching band are just a few of his many accomplishments. He is also a member of the U.S. Coast Guard Auxiliary Band, is the Vice Flotilla Commander, is a member of SCMEA (Suffolk County Music Educators Association), volunteers at Kent Animal Shelter and is a NYSSMA (New York State School Music Association) judge. 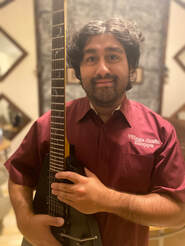 Vinny Bautista  is currently a student at Molloy College for music education. He has 12 years experience playing guitar from rock and metal to classical guitar. His love of music has led him to embark on a journey as an educator. Is hope is to teach middle to high school children, and says, "However there is no age limit on learning and I hope to pass along my passion and love of music to you".

Will Nannery began his journey as a musician when he began playing trombone in the fourth grade. Throughout the years, he played in band class, jammed with friends, and received trombone lessons. In the process, he began to fall in love with music. he believes that the most valuable part of being a musician, is learning to enjoy the experience of performing. He has played with several notable groups, some of which are: Minetta, The Long Beach Theatre Guild, The Rockaway-Five Towns Symphony Orchestra, The Brass Monkeys, The Bay Big Band, and The Nassau Pops Symphony Orchestra.